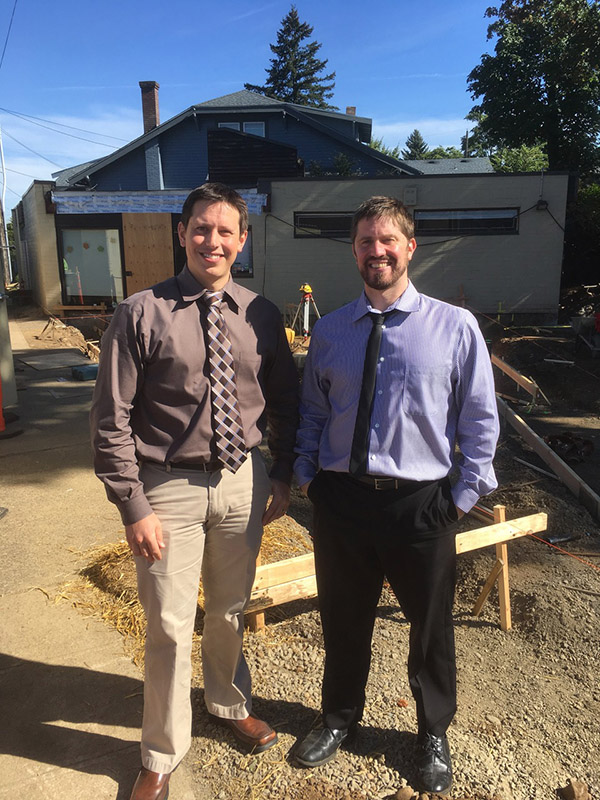 For many years now we have both dreamed of working together. But the situation never presented itself to allow us to work full time together. Sometime around 2015 we began to talk about this again one night over a beer. That pie-in-the-sky late night chat at Nepo 42, and a lot of hard work has led us to where we are today, working together in a new, state-of-the-art building with an amazing staff.

Dr. Brett’s practice, Blue Sky Dental, had been leasing space in the Hollywood neighborhood on Tillamook for several years. We realized if we could expand at Dr. Jon’s location on Sandy Blvd. over the existing parking lot we could increase the building size just enough to allow us both to work at the same location. We began initial planning in 2015, hoping to time the building completion with the end of Dr. Brett’s lease agreement in Hollywood. Since the offices were only about one1 mile apart, and we both practice dentistry with a similar philosophy and approach, we hoped the transition to merge would be relatively smooth for patients.

Our office mission is to provide excellent dental care in an honest, gentle, and calming environment. We wanted the design and form of the building to reflect this fundamental goal.

Smiles on Sandy’s previous layout had some patient operatories facing out onto a garden courtyard or atrium. The large windows and views of the garden gave a calming, warm atmosphere for patients during treatment. We wanted to recreate this atmosphere in all rooms for patient care but with a modern, clean, open design throughout the building.

All patient dental chairs now face outside toward a cedar fenced courtyard garden on our south border The garden is visible through huge windows in each room allowing plenty of natural light. The courtyard garden landscape plan was designed personally by Dr. Jon and Dr. Brett who are avid gardeners themselves. Specific evergreen perennials were chosen to give a verdant, tranquil garden view all year long.

The building appears to be two levels from the street. But the building is actually all one level with a vaulted clerestory ceiling in the entry and central part of the building. These vaulted ceilings and many windows give plenty of natural light in open spaces, creating a peaceful aura in the office. We focused on warm, neutral colors of greens and browns to mimic the gardenscape outside and to create a calming, clean, and organic feel to the office.

We chose Jessica Iselin of Iselin Architecture, BnK Construction, and Columbia Bank as our architect, contractor, and banking partner; all local companies. And so the planning began. Dr. Jon and Dr. Brett’s offices both previously had four operaties each. We found we had just enough space for a total of eight operatories in the new office. The office is now fully handicapped accessible, complete with baby changing station in the restroom.

While the treatment we provide is unchanged from the high bar we have set for ourselves, we now provide it in a modern, calming, state-of-the-art environment. And we work together each day, a life long goal fulfilled.

We look forward to continuing to build on the relationships we have already developed in our respective practices; and to meeting and caring for our new larger dental family. 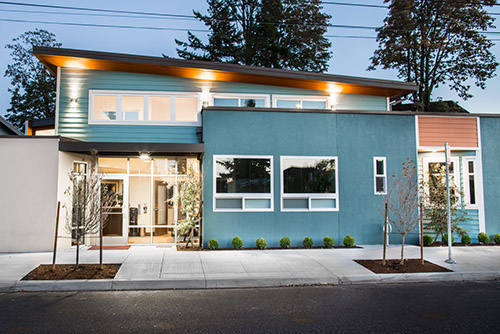 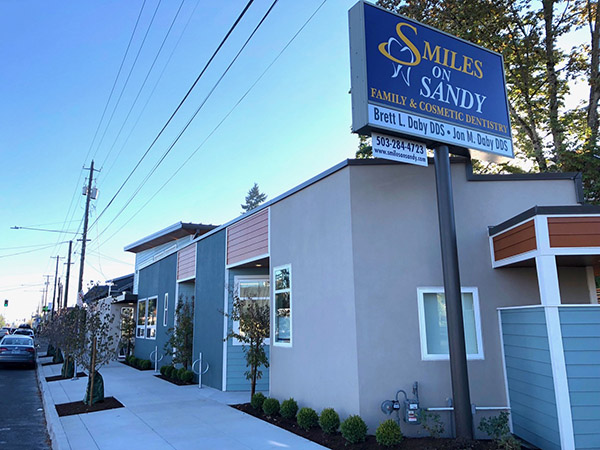 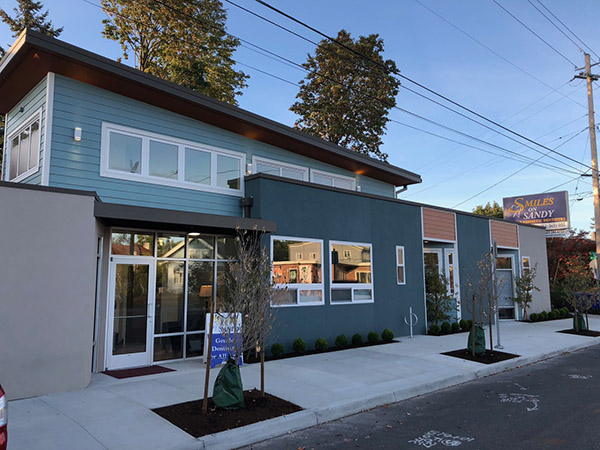 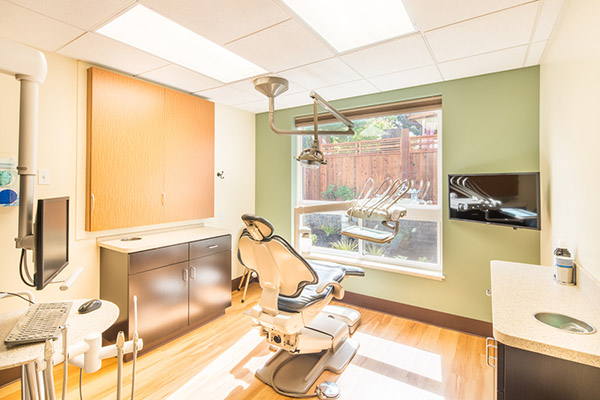 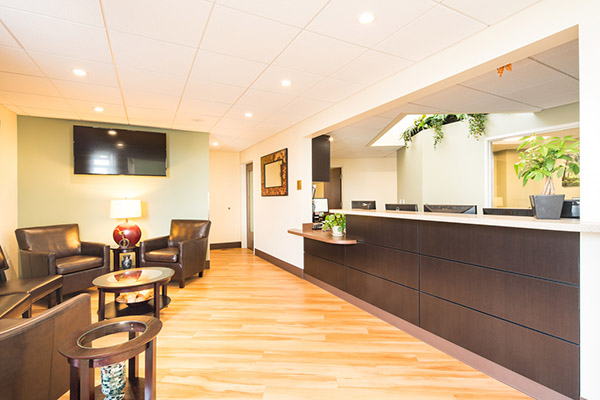 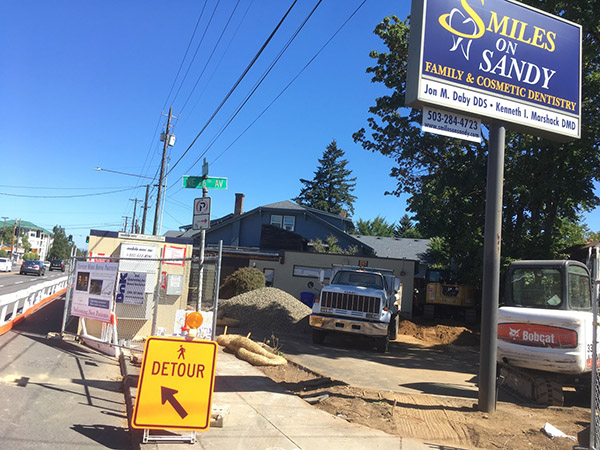 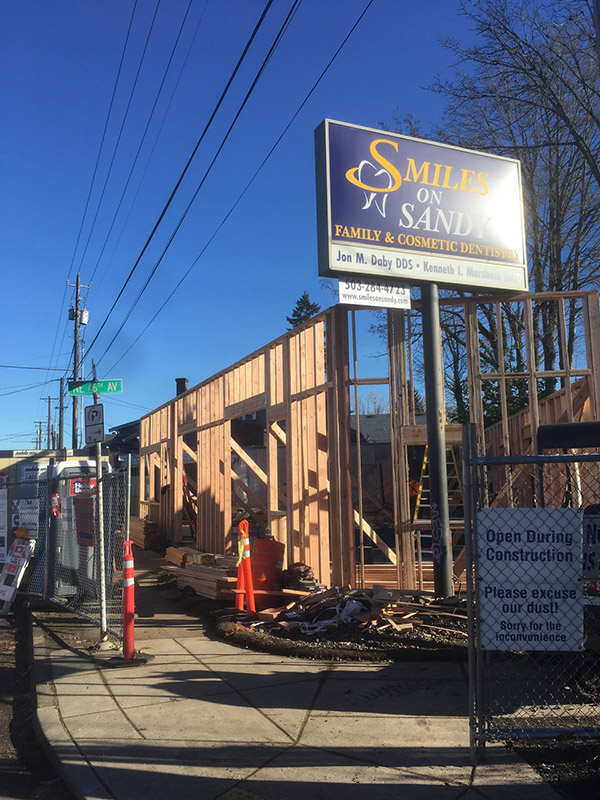 Make a Payment
Refer a Friend